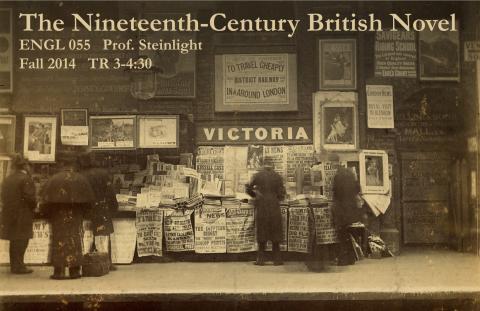 This course offers an introduction to British fiction of the nineteenth century—an era during which Great Britain reached the height of its global power, and the novel reached the height of its cultural influence. We will examine how Victorian novels invited their rapidly expanding mass audience to grapple with the sweeping transformations that shaped the century: industrial capitalism, the growth of large cities, imperial expansion, political reform, secularization, scientific innovation, technological development (from steam power and railways to photography and the telegraph), class conflict, and new paradigms of race as well as gender and sexuality. As we explore this remarkably prolific period in the history of the novel, we will consider how a range of genres (including the Gothic, realism, sensationalism, naturalism, and detective fiction) redefined the relationship between literature and modern social life. Readings will include works of fiction by Jane Austen, Charlotte Brontë, Charles Dickens, Wilkie Collins, George Eliot, and Thomas Hardy.