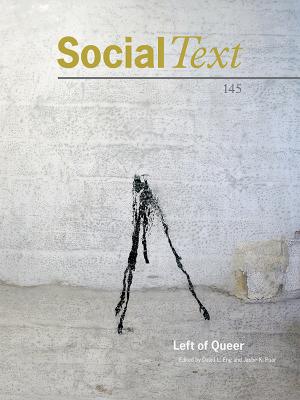 An issue of: Social Text

The contributors to "Left of Queer" offer a detailed examination of queerness and its nearly three-decade academic institutionalization. They interrogate contemporary material conditions that create socially and politically acceptable queer subjects and identities; trace the development of queer studies as a brand of US area studies predicated on American culture and exceptionalism; and bring together queer theory and Marxism to reject claims that the two fields are incompatible. In examining these themes, the contributors explore how emergent debates in three key areas—debility, indigeneity, and trans—connect queer studies to a host of urgent sociopolitical issues. Taking a position that is politically left of the current academic and political mainstreaming of queerness, the essays in this issue examine what is left of queer—what remains outside of the political, economic, and cultural mandates of the state and the liberal individual as its prized subject.