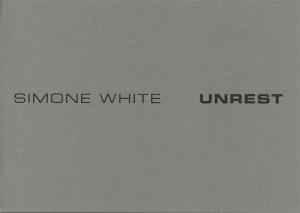 Unrest began as a spontaneous response to and prayer of thanks for David Walker's 1829 Appeal (the full title is quoted in one section of the series), an uncompromising attack on slavery and performance of black "enlightenment." The serial poem's abecedarian form is activated by thinking about what it means to be deeply engaged in writing when writing is forbidden: the subject(s) of the poems contemplate epic alliances for the black who reads and writes (Shakespeare, Henry James, the poet's sister, and, of course, Ghostface Killah of Wu-Tang Clan), and enacts, reveling in contemporary displays of opulent black speech, experiences of both joy and sorrow.