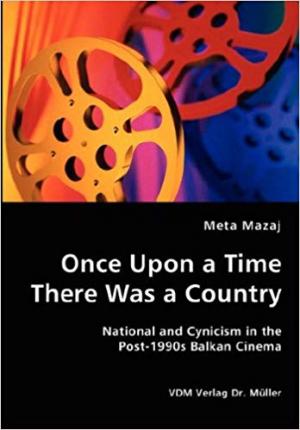 Once Upon a Time There Was a Country

National and Cynicism in the Post-1990s Balkan Cinema

The 1990s were in many ways the Balkan decade, as the break-up of Yugoslavia returned the Balkans to the center of Western consciousness. While journalism has been the most important channel of constructing a perception of the war, this perception has also been based on films that deal with the conflict. The body of film productions about the Balkan conflict is a truly international project which engaged a large international community of filmmakers. Still, most features come from the countries of former Yugoslavia: Before the Rain (1994); Underground (1995); Pretty Village, Pretty Flame (1996); Perfect Circle (1997); Powder Keg (1998); No Man's Land (2001), to name only a few. It is these films that have created in the West a sustained perception about the Balkans and in the process have constructed a complex perspective on Balkan nationalism. This study explores how Balkan nationalism, already a tainted and ambiguous phenomenon, took a different shape in the post 1990s Balkan cinema, which critically intervened into both the discourse of Balkanism and internal calls for nationalism. Opening up key questions about nationalism and cinema today, the study is addressed to anyone interested in film and nationalism, national cinemas and their relationship to a global/­world cinema.