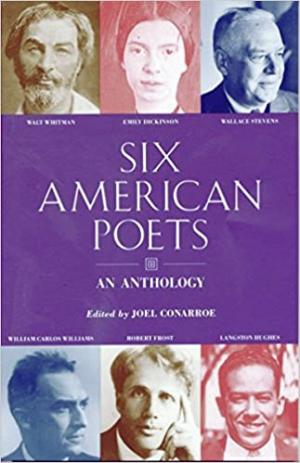 Here are the most enduring works of six great American poets, collected in a single authoritative volume. From the overflowing pantheism of Walt Whitman to the exquisite precision of Emily Dickinson; from the democratic clarity of William Carlos Williams to the cerebral luxuriance of Wallace Stevens; and from Robert Frost's deceptively homespun dramatic monologues to Langston Hughes's exuberant jazz-age lyrics, this anthology presents the best work of six makers of the modern American poetic tradition. Six American Poets includes 247 poems, among them such famous masterpieces as "I Hear America Singing," "The Idea of Order at Key West," "The Dance," and "Mending Wall," as well as lesser-known works. With perceptive introductory essays by the distinguished scholar Joel Conarroe and selections that capture the distinctive voices and visions of its authors, this volume is an invaluable addition to any poetry library.