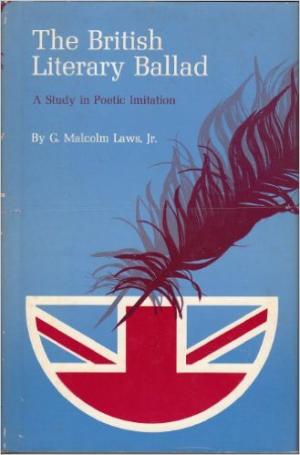 A Study in Poetic Imitation

Most ballad scholarship has focused on the ballad as purely a folk form, and very few scholars or other readers of poetry have a clear idea of the effects of ballads on dozens of literary figures or of the ballad as an art form. Professor Laws, whose previous authoritative works include Native American Balladry and American Balladry from British Broadsides, here provides the first expert study of balladry by sophisticated poets writing for literate audiences. Professor Laws first summarizes the two stylistic groups of ballads, then categorizes the ballad's subject matter, and shows the range and variety of balladry in the seventeenth and eighteenth centuries. In addition, Professor Laws discusses contemporary literary ballads which use ballad form but employ language and subject matter of their own, citing examples from Hardy, Housman, and Auden, among others. This comprehensive treatment indicates fully the significance of literary ballads in the study of English poetry. A much needed work, it no doubt will become standard for eighteenth- to twentieth-century poetic studies.