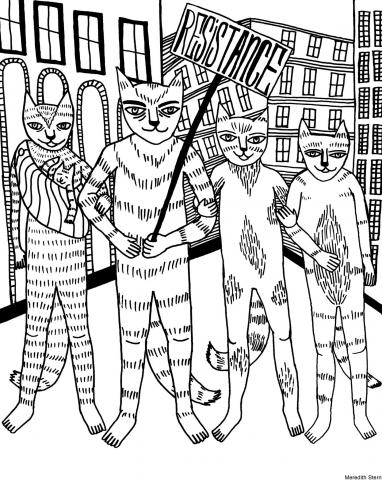 This course explores the co-evolution of human rights and animal rights in the Atlantic world, from the late-18th century and on. Antislavery abolitionists such as the poet Percy Bysshe Shelley were also vegetarians. What were the religious and spiritual frameworks that maintained close affinities between human and non-human worlds? What were the philosophies of the “human” that fed racial as well as species hierarchies?  We will read selections from 18th-century novels and poetry as well as contemporary theories in animal ethics, environmentalism, and gender and sexuality studies. We will consider how animals (and plants) have figured in the radical politics of 20th-century movements ranging from the Black Panthers to Indigenous LANDBACK. How can we understand the legislation that has granted “personhood” to a river, or a great ape? Authors will likely include: philosophers from Jean-Jacques Rousseau to Peter Singer and Donna Haraway; literature by Daniel Defoe and the Muslim theologian Ibn Tufayl; graphic art by Sue Coe; and contemporary films on animal rights. Course requirements: two short essays (2-3pp), one final research paper. Image credit: "Cooperation Cats" Art by Meredith Stern, just seeds.org