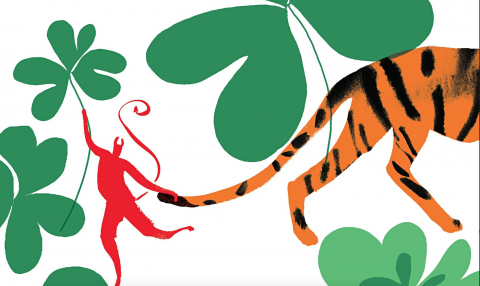 A small island nation, Ireland has for more than a hundred years commanded an unusual place of honor in the world of literature.  Beyond the fact that it is home to 4 Nobel prize-winning writers (and the greatest English-language writer never to win the Nobel, James Joyce), Ireland stands out because literature has played such a central role in its history and in all the major social and political struggles of the past century. This course surveys modern Irish writing starting with the Celtic Revivals of the early 1900s.  We will explore distinctive Irish themes such as beauty and violence, language and territory, sexuality and citizenship, famine and excess, gender and tradition, colonial domination and national revolt.

Readings and lectures will provide historical background and social contexts for the following main texts:  Bram Stoker's Dracula, W.B. Yeats's Selected Poems, J.M. Synge's Playboy of the Western World, James Joyce's Dubliners, Edna O’Brien’s The Country Girls, Brian Friel's Translations, Roddy Doyle's A Star Called Henry, Patrick McCabe's Breakfast on Pluto, and Anne Enright's The Gathering.  In addition, we will consider poetry, short fiction, and plays by Oscar Wilde, Lady Gregory, Samuel Beckett, Seamus Heaney, Nuala Ní Dhomnaill, Marina Carr, and Conor McPherson as well as a small cluster of films such as The Crying Game (1992), In the Name of the Father (1993), The Magdalene Sisters (2002) and The Wind That Shakes the Barley (2006).