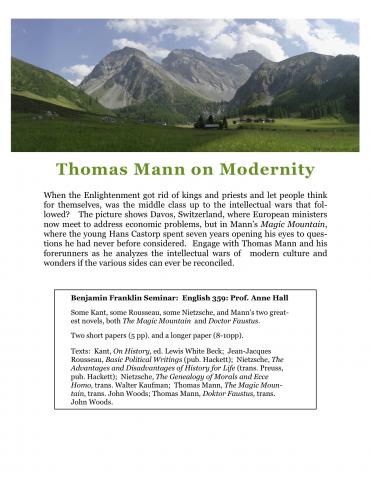 This course looks at Mann's reflections  on the tensions and contradictions  of  modern culture in his two greatest works, The Magic Mountain and Doktor Faustus.  We will read several short works by Kant, the First and Second Discourses of Rousseau, and Nietzsche's Genealogy of Morals.  The course will culminate in Mann's two novels.

Nietzsche, The Advantages and Disadvantages of History for Life (trans. Preuss, pub. Hackett)