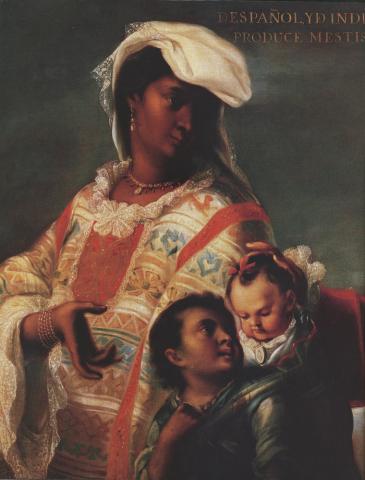 This course examines eighteenth-century writings on race in the Enlightenment period, with a focus on natural history, philosophy, and aesthetic theory.  We will explore topics including cultural and species distinction, global circulations of commodities between the East and West Indies, the transatlantic slave trade, the casta system of racial classification in the Americas, religious and scientific explanations of blackness, and visual representations of exotic others.  Readings will include scientific texts by Linnaeus, Maupertuis, Buffon, and Blumenbach; philosophies and aesthetic theories of Rousseau, Burke, and Kant; accounts of slavery by Edward Long; and key literary texts such as Defoe's Robinson Crusoe.

Please find attached in the "Course Syllabus" link above two articles we'll be discussing on the first day of class.  They provide a useful overview of issues in British and French racial science and will give you a taste of the readings for the semester.  Please bring the readings and come prepared to discuss the articles on Aug. 28.

The required books are available at Penn Book Center.