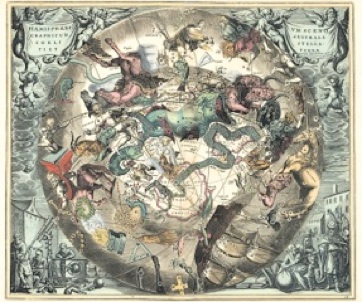 This year-long seminar, funded through a generous grant from the Mellon Foundation, will examine race as a global phenomenon with long and diverse histories. Such an examination requires new methods and frameworks that can account for vast timescales; overlapping ideologies and cultures; multi-directional flows of people, ideas, and practices; and multi-lingual, multi-disciplinary, and often elusive archives. As a discursive practice, racial difference has repeatedly been marshaled, decried, dismissed, and repurposed.  From medieval religious conflicts through early modern accounts of “strangers;” from the long era of slavery and colonialism to the revolutions and uprisings of the eighteenth, nineteenth, and twentieth centuries; from eugenics to IQ tests—the phenomenon has traveled the globe through the centuries, interacting dynamically with conceptions of caste, class, color, locale, language, and religion.

Recent scholarship in a variety of disciplines and subfields has deepened, complicated, and productively confused our ways of studying such phenomena. Notably, race was once thought to be an artifact of the rise of scientific and biological thinking in Europe and the U.S. during the nineteenth century, which was subsequently exported, by means of colonialism and imperialism, to the rest of the globe. As that story has been complicated, however, the very nineteenth-century epistemologies often associated with the rise of racial thinking—the divisions among culture, science, and religion; ideologies of color; statistical methodologies; the category of “population”—have been shown to have had earlier roots. What is more, while colonizers violently reshaped and instrumentalized the cultural, religious, and political lifeways of the societies they colonized, the colonizers’ own understandings of race were shaped by those societies over centuries of contact and interchange. Additionally, contemporary racial ideologies in the so-called global South were formed by cultural, religious, and political dynamics within the South, dynamics that were neither simply produced nor controlled by Europe or the U.S. Indeed, looking at race from the perspective of Asia, Africa, or Latin America, rather than from the perspective of Europe or the U.S., generates entirely different histories and theories of race.

How can scholars study such a paradoxically fungible and persistent feature of human history? This will be the task of our year-long seminar, "Race, across Time and Space."