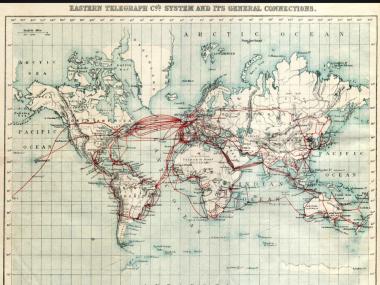 In The Wealth of Nations (1776) Adam Smith declared that the two greatest events of modern history were the (Spanish) discovery of America and the (Portuguese) rounding of the Cape of Good Hope. Smith wrote at a time when Britain was itself confronted by unrest in its American and Asian colonies, and he tacitly drew attention to the fact that British culture and history could no longer be viewed in isolation from its global context. This concentration takes on the exciting challenge of studying English literature in an international frame. Through contextual readings of literary texts, we focus on the cultural legacies of European domination of Asia, Africa and the Americas from the sixteenth to the twenty-first centuries. We study the diverse ways non-European peoples and cultures have been represented in English literature, from Shakespeare to Defoe and Wordsworth to Woolf. We explore the different connections between Europe and its others through issues which may include: how are the local and the global linked? How has the alien inhabited the familiar? How might literature enable us to view ourselves as foreign peoples view us? What might this teach us about how we relate to the world at large? Colonial and postcolonial writers such as Kipling and Conrad, Soyinka and Kincaid, engage us with some of the most pressing questions of our time even as they enrich and expand our appreciation of English literature and culture.