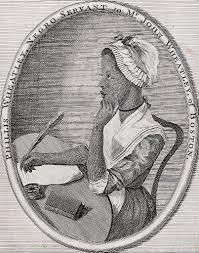 Generations of American students have been taught to associate the American literature with a few canonical writers, with a few irrepressible characters (Hester and Huck!) and with such widely circulating notions as the "American dream," "the struggles of individuals against societies," "the melting pot" and "the value of hard work." In the last twenty years, however, the study of American literature and culture has been dramatically transformed. It has expanded permanently beyond the borders of the United States to include all of the Americas. Many of the norms and assumptions that held sway for decades are now the subject of lively debate as older paradigms are revised and these revisions, in turn, are themselves contested. The diversity of viewpoint and method characterizing the field on a national level is also reflected in the diversity of Americanist scholarship within the English department at Penn where faculty and students subject both old and new assumptions to energetic testing and lively debate. Areas which concentrators may want to explore include: the literature of Philadelphia; the literature of mass culture and the 1930's; Carribean literature; Cold War literature; the American poetry of experience; Asian American, Latina/o, African-American, and other American literatures; postbellum law and literature; the literature of American masculinity; the literatures of the American southwest; ecology and American nature writing; anthropology and the American manners; contemporary literature and painting; literature and contemporary music; American traditions of horror; poetry and the avant garde; Revolutionary women; American musical theatre; the mystery of American Puritanism.