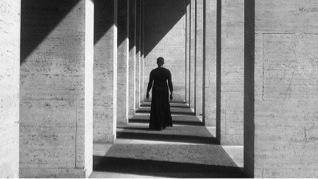 The massive dispersal, dislocation and displacement that characterize New World Slavery, colonialism, and its legacies in Africa gave birth to an extraordinary rich, vibrant and complex literature. The first African Americans to put pen to paper did so in an attempt to win the freedom of themselves and their fellow slaves. Alongside this tradition has arisen an equally rich traditon of African literatures in English, both before and after the end of colonialism in Africa. Even prior to this however, both created a dynamic oral tradition filled with witty folk tales and haunting spirituals and work songs. The oral tradition, along with the slave narratives, and the testimonials, essays, sermons and addresses of thousands of black men and women form the beginnings of these two traditions. Students who choose to concentrate in African American literature will not only acquire a strong understanding of these early efforts, but will also have the opportunity to study with a diverse group of scholars whose interests range from Women's fiction and Feminist theory to African American autobiography, literature of the African diaspora, African American poetry, narrative and the poetics of hip-hop. This is a literary tradition founded to counter claims of black intellectual inferiority. It is a tradition grounded in the belief that literacy -- the ability to read and write -- is fundamental to freedom. It is a tradition that has contributed enormously to the literature of the world and one that only recently began to receive the kind of recognition and criticism that it demands and requires. From the earliest narratives to the works of Nobel Laureate Toni Morrison, this concentration is a dynamic and intellectually exciting one.

Worksheet and Eligible Courses for Africana Literatures and Culture